Work for two days and now I would like to announce the release of the new version of Reverie Framework, which also has the same version number 4 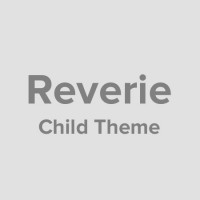 I know there are lots of users want to have an easier way to create a child theme without all the hassles, so here we go. As promised, I’ve made a simple child theme based on the latest version of Reverie, and uploaded it to Github. You can get quick access to the code through this link, download it or fork to your own repo.

After a couple of weeks after the release of Foundation, today I am happy to announce the release of Reverie 5, the WordPress framework based on ZURB’s Foundation. The layout of Reverie hasn’t changed a lot since the first release. We continue to see the flat design trend and even iOS 7 has a colorful look, guess it is time to rethink a bit. So in this version, a new design is presented and how you will like it.

By Zhen in Blog, 2 years ago, 2 minutes read

After revamping the blog last week, I thought I could do something more. When ThemeFortress was launched, we had a small forum for the support of Reverie framework, and later the development was moved entirely to Github. While Github is good for tracking all kinds of issues, it is generally difficult to post questions other than bugs or feature requests on the platform. To deal with the needs of users who want to customize the framework, which is more or less the main purpose of why you are actually using it, we created a Google Group. Now I would like to bring back the forum to support Reverie framework and other future new themes right here on ThemeFortress. We have Github deal with all the development needs, and thus the new forum will be used for customization and general support purpose. 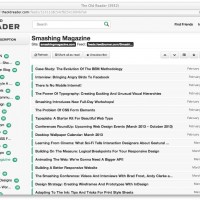 Looking for the Next Google Reader

The best thing of the week is that I received my second Mac, the Macbook Air 13 (2012) after using a Macbook Pro 13 since around three and a half years ago. While the bad thing, which is really bad, is the Google is shutting down Google Reader, the best service that Google has ever created, at least to me. This is really bad. It basically kills my daily reading in a single strike, leaving me to search for an alternative which literally doesn’t exist. 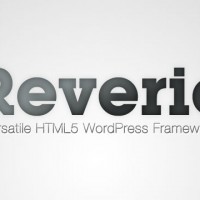 Create a Child Theme of Reverie 4

The latest update of Reverie brings several new features and hope you like it. So far in previous versions of Reverie, I basically ignored child theme support since I personally prefer doing all the work by editing the original files. So in this post, I will go through some necessary steps to enable the child theme support for Reverie. 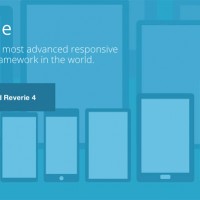 By Zhen in Blog, 2 years ago, 7 minutes read

Foundation 4 goes mobile first, which means we need to reverse the way and process we construct a design, by starting from a small screen and then adding parts for the large screen. Work for two days and now I would like to announce the release of the new version of Reverie Framework, which also has the same version number 4. Before jump right to the download section or the Github page, you will, or most likely, are required take a look at the below changes otherwise you may end up a terrible weekend. So, let do it now, backup your theme. 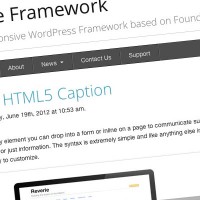 By Zhen in Blog, 3 years ago, 4 minutes read

The third version of Foundation was released last Friday, and I have already fell in love with this latest release. According to ZURB, this is a brand new version which the code was written from ground up. After taking a look inside what the new version offers, guess it’s time for me to bring up an update on Reverie Framework too. 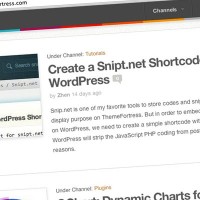 Have some spare time so just made a simple revamp of the blog but you might notice that the new design is not that simple though. The new theme you are looking at is one of the themes that I designed for another blog I run. With a little tweaks here and there, a new theme for ThemeFortress was made.

By Zhen in Blog, 3 years ago, 6 minutes read

Four months after the release of Reverie Framework, I have received lots of feedbacks, either positive or negative. At least, people talk about it and I have seen lots of bloggers mentioned it and meanwhile Reverie was downloaded over 5,000 times on ThemeFortress. During this period, I have received lots of requests and bug reports, thus I was planning to make a major update. The first release of Reverie Framework has the built-in support for bbPress 2.0 forum, why not go further by adding some support for another cool plugin from the same company. So, in this new version of the framework, I added the support for BuddyPress. 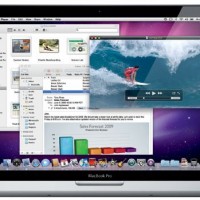 By Zhen in Blog, 3 years ago, 2 minutes read

It has been a while since I had this idea. I had been using Mac OS X Lion since day one and right after the installation, I felt the speed was slowed down and the overall performance is a bit lagging. The decision was made yesterday when the new operation system of Apple was announced. With a cat-name of Mountain Lion, Apple finally officially abandoned the name Mac attached to its desktop OS. After a quick scan of the available features which scheduled to release this Summer, I know it would be then end of the Mac legend.

Be one of our happy sponsors!

Popular of the Month More